Call us and schedule your lessons today!

Our staff is comprised of individuals who have stood out among the crowd. Flying isn’t just a job for these folks – it’s a passion. That’s something that sets us apart. There’s nothing that makes us happier than being in the cockpit and transferring our knowledge to our students. Each instructor carries their own personal experiences which they are excited to share. Furthermore, our instructors will work together to ensure that your lesson plan is picked up right where you left off and that no lessons are repeated! Meet the crew! 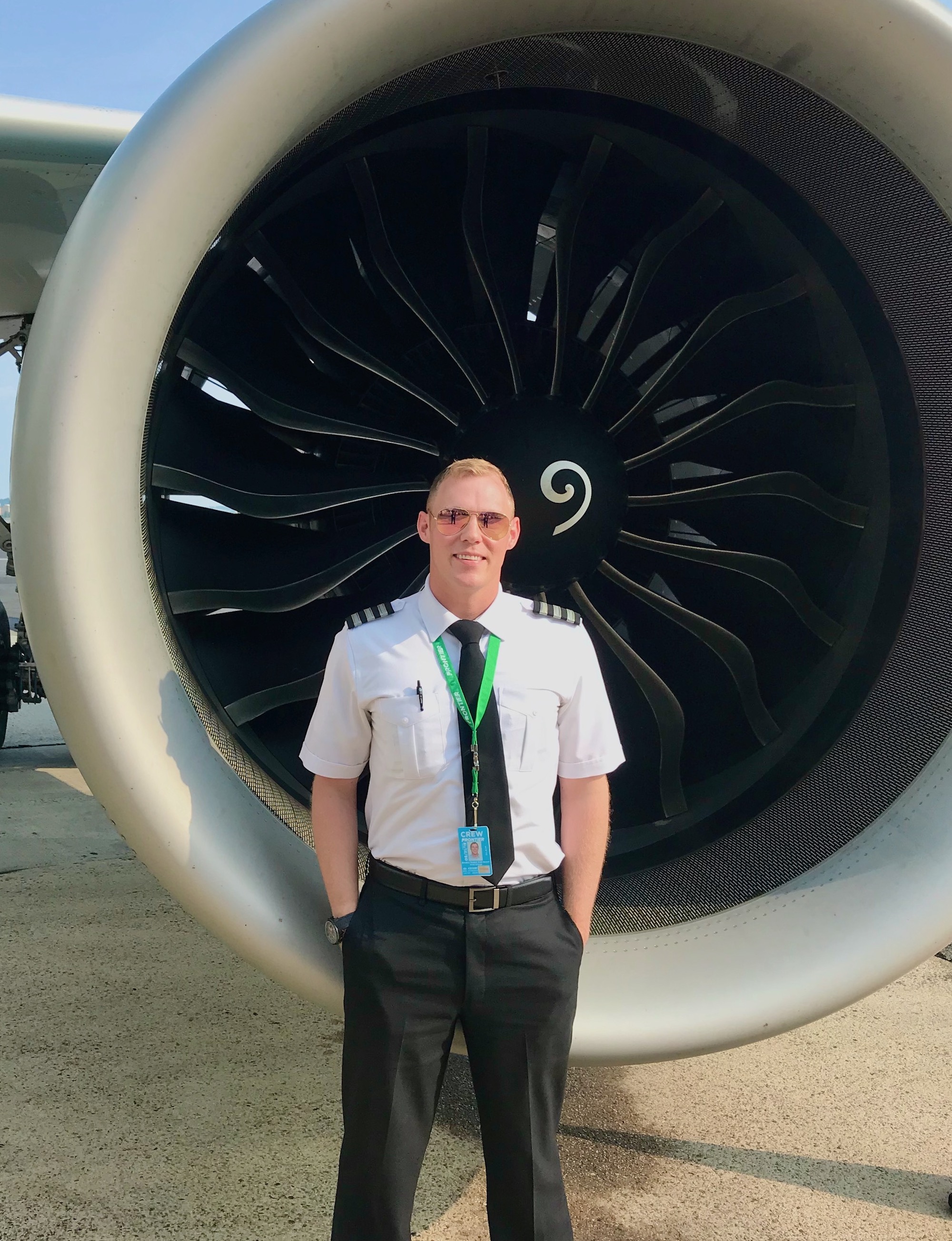 Brad is the founder of Region Flyers. He started flying at age 19 and has since logged over 9,200 hours. He attained his formal training from Purdue University and currently flies the Airbus A320/321 for a Major US Airline.

Brad is qualified on just about every light general aviation aircraft, as well as 7 different corporate jets and airliners.  His job mostly entails running the business but occasionally you’ll find him out teaching in taildragger and multi-engine aircraft. 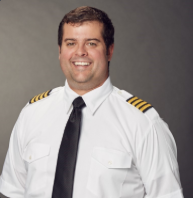 Tyler grew up in the region and graduated from Lewis University’s Aviation Flight Program. From there he began working in various positions at a local FBO and Charter company. Tyler is currently a Captain on several business jets out of the Gary Airport.  He is a natural and very patient teacher! 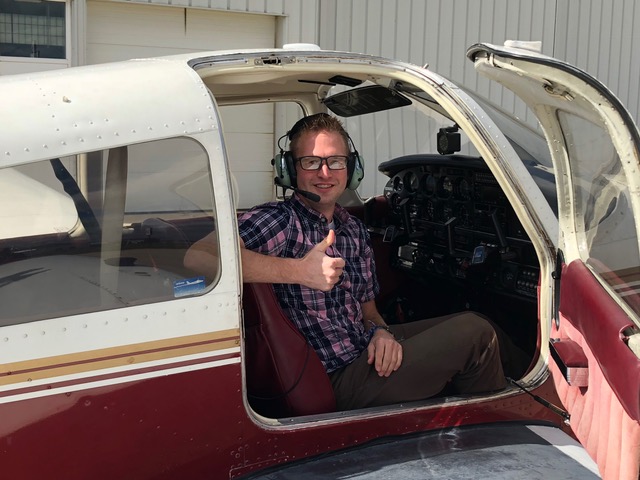 Tim is our Assistant Chief Flight Instructor.  He has been obsessed with the physics of flight for as long as he can remember, but it wasn’t until after college that he decided to pursue the dream of becoming a professional pilot. He has done all of his training here at VPZ. Tim is a CFI/CFII/MEI and can teach you pretty much any course you desire!

In addition to flying Tim teaches Algebra 2 and Physics part-time at a local high school.  See you in the sky Professor! 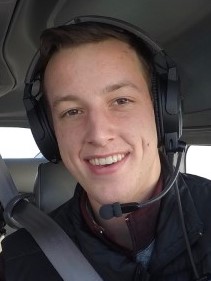 Josh is studying Professional Flight at Purdue University.  He began flying at Valparaiso, where he received his Private Pilot License.

Josh enjoys flying, traveling, volunteering on the Fire Department and working on his family farm. 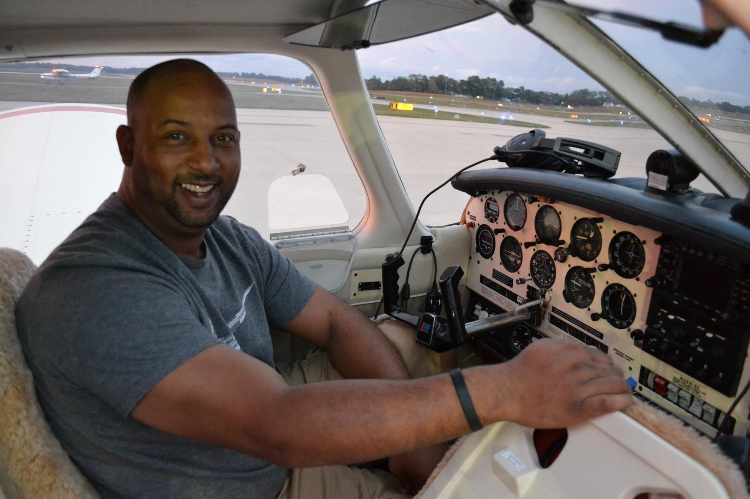 Andy comes from a family of pilots.  His father and both brothers are pilots, and Andy grew up around airplanes.  Flying is in his blood.  Andy was trained by Region Flyers for all of his ratings, from Private on up through CFI.  His enthusiasm for flying is matched by his dedication to his students.  With Andy, your goals become his goals.
Andy enjoys riding motorcycles and traveling in his spare time. 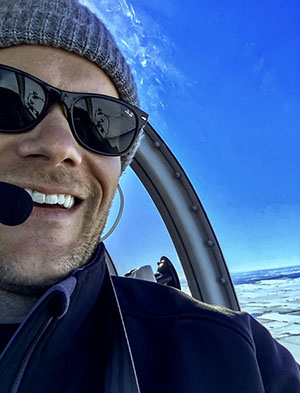 A Chicagoland native, Justin earned his PPL in 2015 at the Aurora Municipal Airport flying Light Sport Aircraft. His lifelong passion for aviation pushed Justin to advance his flying career, earning his instrument, commercial single, commerical multi, and CFI certificates shortly thereafter. Beyond flight instruction, Justin’s aviation experience includes work as a corporate and ferry pilot, logging time in a wide variety of airplanes. Justin prides himself in making aviation fun and enjoyable for all, and some of his most-enjoyed flights include local and cross-country trips for lunch, aviation museums, and sightseeing.

Justin is heavily involved in the pilot and aviation community and is an active member of both EAA and AOPA. He frequently organizes group fly-outs, camping trips, and other events to grow the network of Chicagoland pilots.

When he isn’t flying, Justin enjoys spending time with his wife and 9-year old triplets as well as traveling, camping, and fishing. 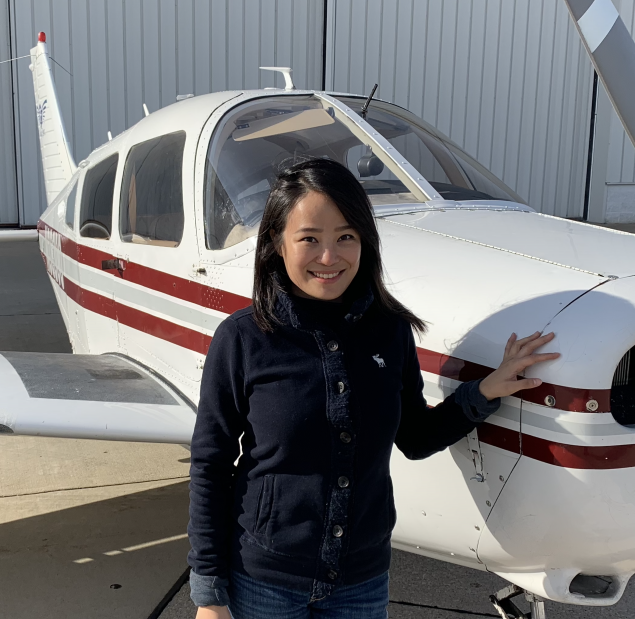 Amanda was born in Taiwan, home of beautiful scenery. It’s no wonder she is adventurous and loves the outdoors. Coming to the U.S. opened some new windows of opportunities for Amanda and with strong influences in the field of aviation, she set out to build a new career doing what she loves!

Earning her PPL in 2018 she went on to become a CFI shortly after. Sharing her love of flying with her students, Amanda says she is “living her dream” and loves seeing the success of students living theirs! 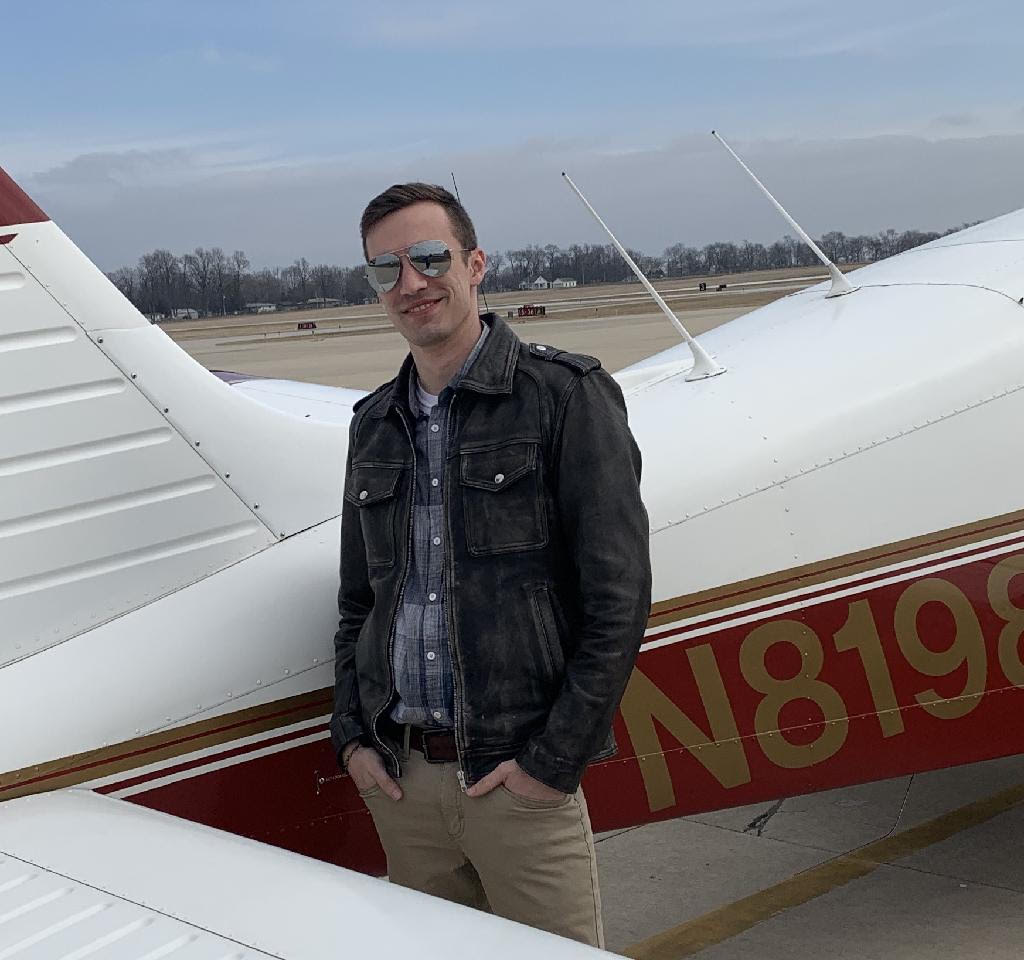 Justin grew up fascinated by airplanes and the magic of flight, but never thought the daydreaming could actually be hiding a possible career.  After trying many other paths, he decided to take a chance and dropped everything to give it a shot. Ever since that first taste of flight he still can’t get enough and loves every moment he can spend helping others to chase their own dreams in the sky!

When he isn’t flying or nerding out about aerodynamics, Justin loves traveling, reading, sailing Lake Michigan, and backpacking the great outdoors. 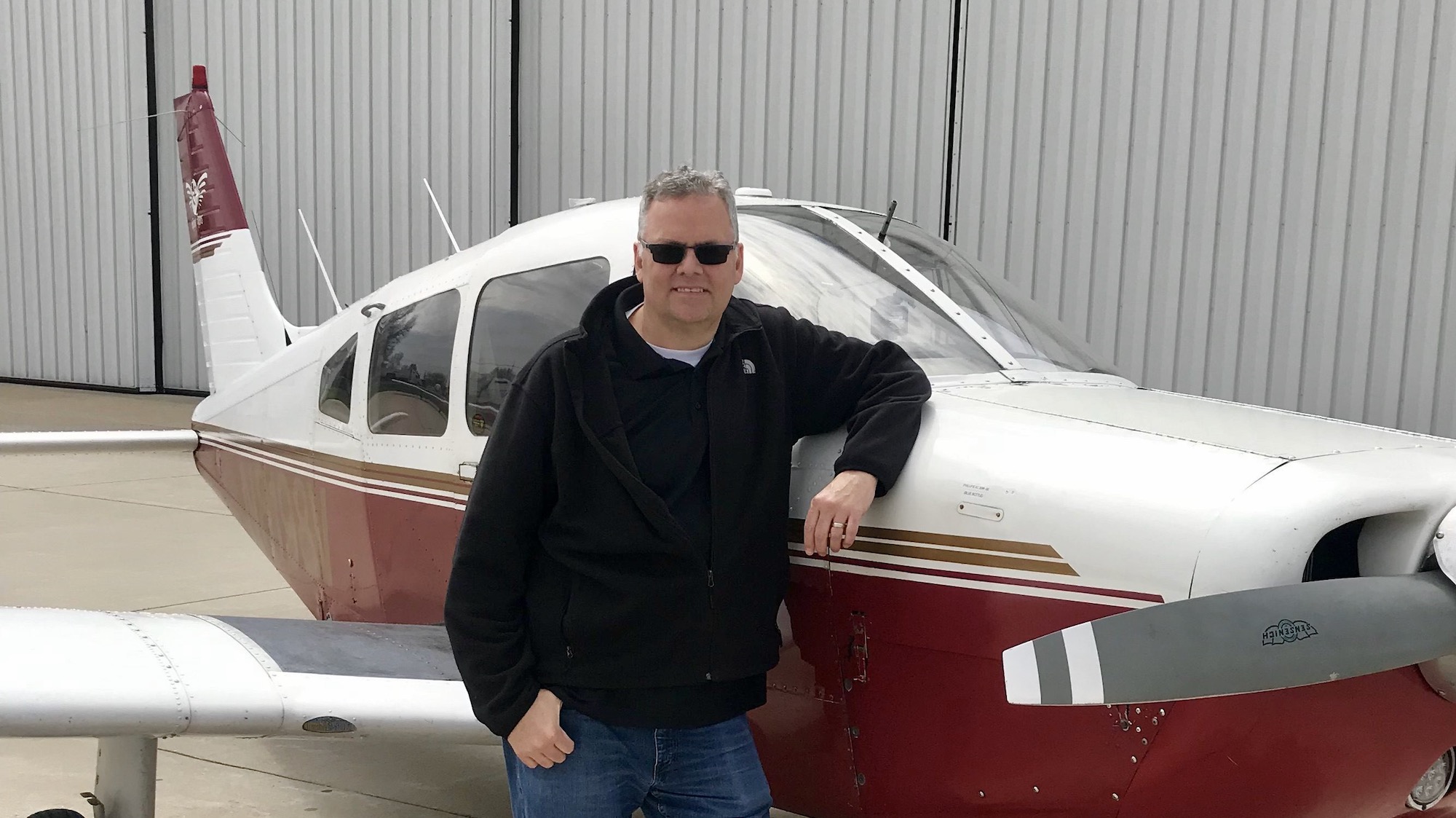 Barry grew up in the Chicago area and earned his initial ratings in California over 30 years ago. While currently an engineer for a chemical company, he is always looking to fly.  His 4000 plus hours of flying experience ranges from flight instruction to regional airline captain. 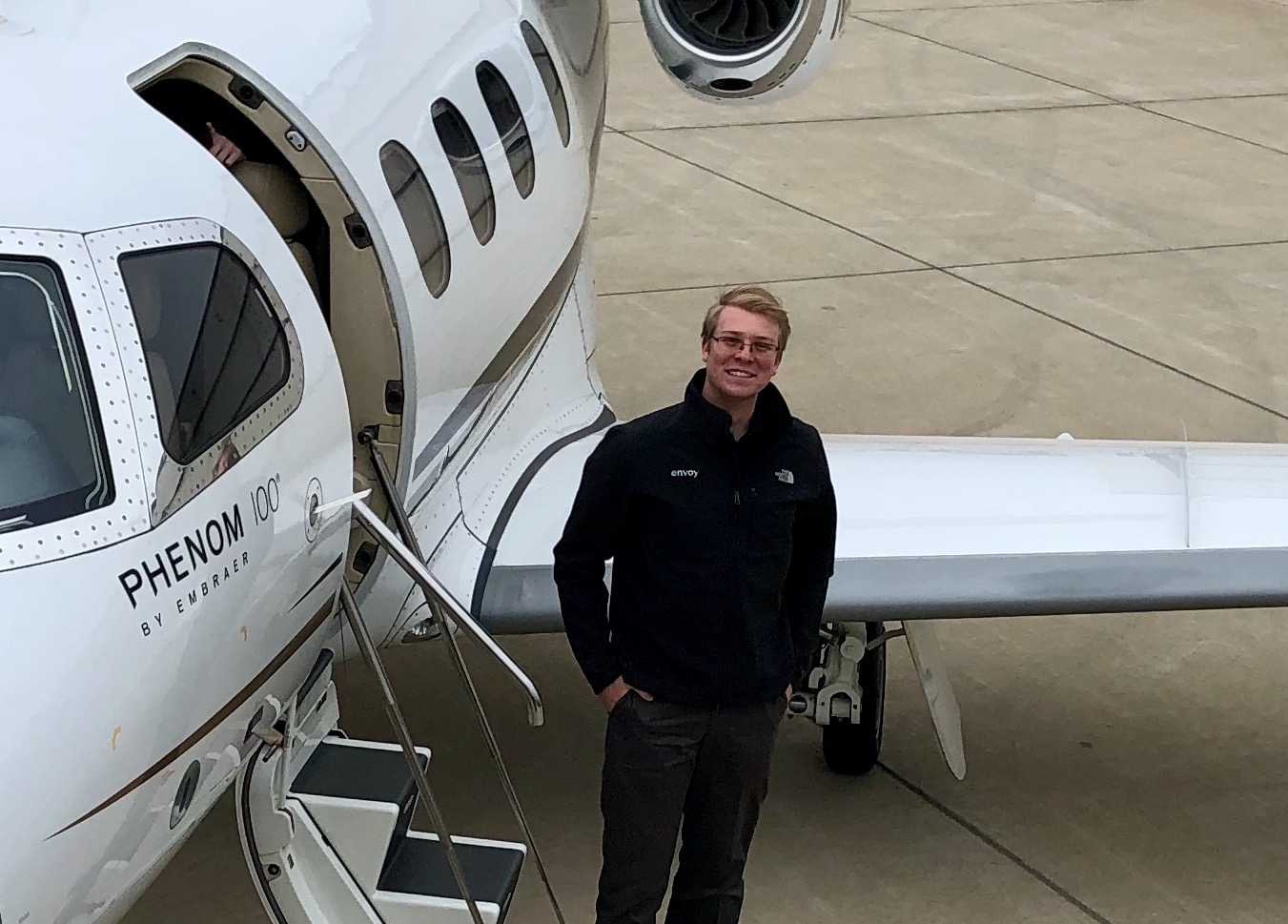 Mitchell has been fascinated since a young age by travelling, weather formations, and driving anything that could be operated.  He decided to combine all his passions into one form – aviation of course.

Mitchell completed his Private Pilot training at Region Flyers before moving on to more ratings while enrolled as an Aviation Major at Purdue University.  As soon as he earned his CFI certificate, he couldn’t wait to come back to Region to instruct.

An interesting fact about Mitchell is that his Grandfather was a mechanic for the United States Air Force, and his great uncle was an Air Force pilot and flew for American Airlines.  Flying is in his blood, and it shows.

In Mitchell’s free time, he enjoys spending time with family, boating, water-skiing, and winter snow sports.  Mitchell is a Christmas fanatic and enjoys serving at his Church.

Quite an enterprising young man, Mitchell has aspirations to be the Chief Pilot of American Airlines in the future.  See you in the sky Mitch! 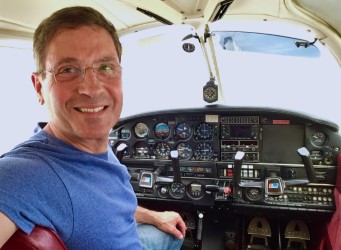 He offers ground school classes twice a week in sessions that last 12 weeks each.  His goal is to prepare prospective private pilots to pass their required FAA written exam.

In Tony’s free time, he enjoys spending time with his children and grandchildren, playing a MEAN guitar, and of course flying!

Contact Tony for details on all things related to ground school.